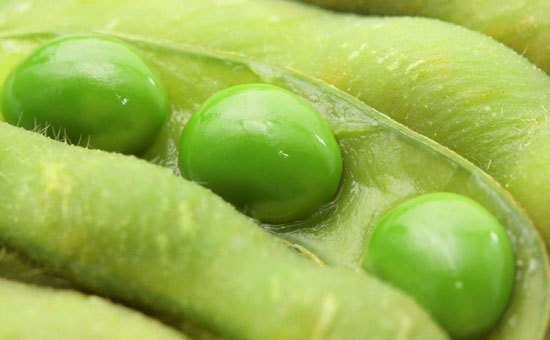 There A Lot of Myths About Soybeans

War has been waged against the innocent soybean.  And I feel obliged to finally stand up and say something to defend this much maligned and harmless legume.  Among the many accusations that have been wielded against the harmless bean include: accusations of allergies, estrogen like effects and adverse effects on thyroid function.  The truth is, soy is a wonderful and diverse food and there has been quite a bit of research shown that; those cultures that ingest soy are at less risk of cancer and degenerative diseases (like obesity diabetes and heart disease).

Confusing an Allergy with a Sensitivity

Some people who think they are allergic to soy are simply sensitive to soy.  Meaning, they have trouble digesting soybeans but they do not exhibit an allergic response.  Sensitivity happens because they cannot digest soybeans and lack the necessary enzymes to do so. This population of people does very well on fermented soy bean products.  In an allergy you may experience a swollen lip (angioedema) after consuming an allergic food, or urticaria (hives).  However, if you are just sensitive you may exhibit digestive problems like gas and bloating.  If you are sensitive you may want to try switching to fermented soy products and including a daily enzyme supplement to help before eating a meal with soybeans in it.

Soy Does NOT Contain Estrogen

Soy does NOT contain estrogen, I hear this rumor from my patients about once a week.  Estrogen is a hormone found in animals it does not occur in plants.  Instead, soybeans contain substances that have come to be called “phytoestrogens”, because these products mimic some of the actions of estrogen.  However, they are not estrogen and do NOT act like estrogen.

Two of the most researched phytoestogens  are genistein and daidezein.  These substances are part of a class of plant substances referred to as “isoflavones’, and are thought to act as Selective Estrogen Receptor Modulators (SERMS).  SERMS block the dangerous effects of estrogen on tissue susceptible to estrogen positive cancers. The most well-known SERM on the market now is the drug Tamoxifen.  This medication is given to women that have a type of breast cancer called “estrogen positive.”  Evidence suggest that soy, like Tamoxifen, may actually block estrogen from binding to estrogen positive receptor sites on breast tissue.  Thus, soy may reduce a women’s risk of developing this type of cancer.  In the Okinawa study, it was found that women in Okinawa Japan, who ate large amounts of soy on a daily basis, were at much lower risk of breast cancer than American women.  However, when those same women moved to the United States and began eating like American women; their risk for contracting breast cancer increased.

Populations that eat less meat and incorporate more soy in their diet are at lower risk of cancer, heart disease and a host of other diseases as well.  This may be because soybeans contain no saturated fat and are high in protein—making them an ideal substitute for animal protein.

Soy Does NOT Shut Down Your Thyroid

I have also heard the rumor that soybeans cause your thyroid to shut down.  Raw soy does have substances in it that are thought to be goitrogenic.  However, once the food is cooked, the goitrogens are destroyed.  In plainer words, simply cook your soy products and do not eat your soy raw.  This is all you need to do in order to destroy the goitrogenic qualities of soybeans.

When you do shop for soy products, such as tempeh, miso soup etc, try to find organic soybeans.  Much of the soy grown in the United States it genetically modified (GMO), and the effects of GMO’s is still unknown.  When switching to a mostly plant-based diet, which we encourage, we hope that you will consider adding more legumes, like soy, to your diet as a healthy option to animal products.

to find out more about my work, please visit my web-pages at http://www.doctorwhimsy.com/

Using Energy Medicine to Assist In Healing A Trauma