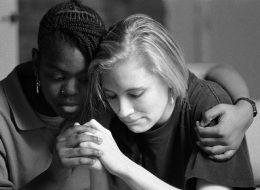 “For the first time in my life, I saw the truth as it is set into song by so many poets, proclaimed as the final wisdom by so many thinkers. The truth – that Love is the ultimate and highest goal to which man can aspire. Then I grasped the meaning of the greatest secret that human poetry and human thought and belief have to impart: The salvation of man is through love and in love.”
― Viktor E. Frankl, Man’s Search for Meaning

Treating the Cause of Disease

One of the key ideas we see in medicine is the importance of treating the disease and not just the symptoms. In the case of treating mental-health conditions like PTSD, depression, anxiety, and addiction.  We are forced as practitioners and patients to address trauma as a primary cause.

Trauma is at the heart of much of what I treat. And in the case of someone in recovery from drug and or alcohol addiction—trauma is often the leading contributing factor in the disease process.

Consequently, in order for addiction recovery to be successful. We must first lay bare, and acknowledge; that addiction is always accompanied by profound pain of some sort or another.

There are two physicians whose works inspired me; when I began learning about addiction studies and recovery. The first was Dr. Victor Frankl—who authored Man’s Search for Meaning.  And the second is Carl Gustav Jung.  A contemporary of Sigmund Freud.  Jung’s writings would go on to heavily influence the philosophical foundations of Alcoholics Anonymous.

I first learned about Victor Frankl, when I was just 21 years old. I had been living in Europe at the time.  And my Rabbi’s wife had loaned me a copy of Man’s Search for Meaning.  Frankl’s most famous work. I never forgot the book.  And I have since reread it several times. Frankl—a Holocaust survivor—wrote extensively on his theory: that the primary drive in humans was the drive to find meaning.

He believed that a human being could survive even the most heinous suffering; if that individual felt his life had meaning and purpose. Frankl felt that the greatest meaning of all, lie in our ability to give and receive love. And he credited the love he held for his wife Tilly, with helping him survive as an inmate at Auschwitz concentration camp.

I wholeheartedly agree with Frankl’s theory.  And I have found that those patients who come to see me—who have found some measure of meaning in their lives—are usually the most successful at maintaining sobriety.

I have also found that when the meaning is lost, even briefly, there is a real risk of relapse, depression, and even suicide. In those instances, part of my approach is to gently help the person seeking treatment to turn their attention back to what their core values.  So that they can begin to live a life driven by purpose and meaning. 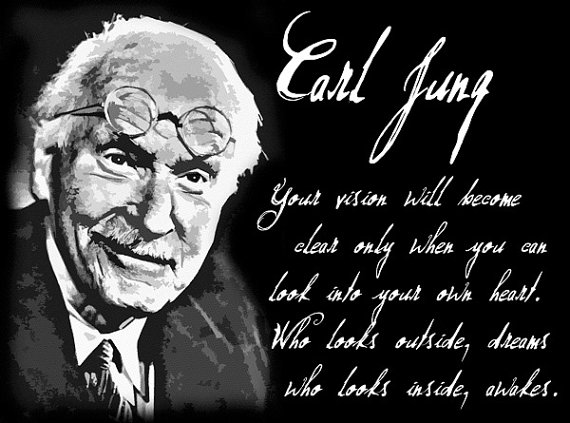 My introduction to Carl Jung (often referred to as C.G Jung) came much later.

I had heard about how Jung’s philosophies had influenced the early formation of Alcoholics Anonymous, while still in medical school. His general theory of alcoholism has remained very intriguing to me. Jung believed that alcoholism was a spiritual crisis. And that sobriety could only be maintained as a consequence of a spiritual awakening.

Jung was not specific in how this spiritual transformation might take place. Rather, he believed there were many ways in which a person might become spiritually “awakened.” And even proposed that the act of becoming educated might be a type of spiritual path in and of itself.

He also spoke about awakening as a process that might happen within the context of a deep friendship, or other meaningful relationship. He did not propose how this process should happen.  Only that, it was a necessary component of sobriety.

Finding the Root Causes of Illness

Because much of the underlining cause of drug and alcohol abuse is trauma.  Our nations War on Drugs has been a further assault on people who are already deeply wounded.

What I believe is that trauma can only be successfully treated when it is acknowledged.  And the primary drives and inherent “spiritual” natures of human beings must be addressed and encouraged.

You cannot put a bandaid on an addicted person and call them “recovered.” Granted, there are some medications and herbal remedies that can help. There may be a pharmaceutical, and or nutraceutical medications, that can offer the addicted person a great deal of relief. However, that is by no means the end of treatment. And I do not believe, that without addressing the root causes of an illness, real recovery is possible.

To find out more about my work, please visit my website at http://www.doctorwhimsy.com/

Los Angeles Syndrome: How To Treat Chronic Stress and Exhaustion

Having Fun is Serious Business