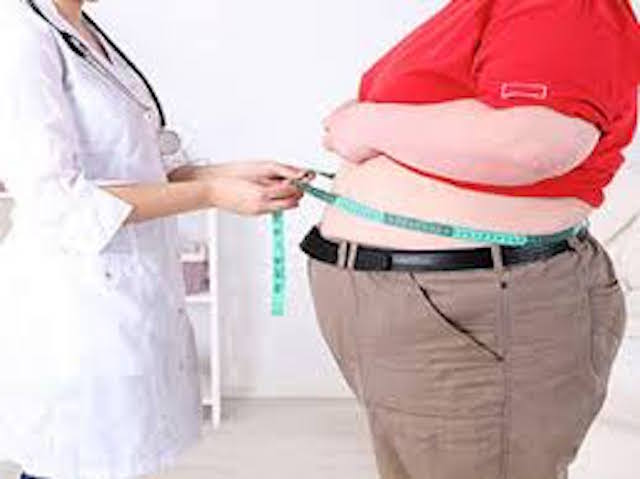 Are Your Adrenal Glands Making You Fat?

Fatigue and resistant-weight loss are two of the most common reasons people seek medical treatment from a naturopathic doctor. In fact, exhaustion, coupled with unexplained weight gain, is so common; I consider it the most common condition I treat. But is exhaustion and weight gain the same thing as adrenal fatigue? And just because you are feeling exhausted, and cannot lose weight, does that mean you have an adrenal disorder?

The Causes of Exhaustion

There is a multitude of reasons why people become exhausted, and a thorough intake is necessary to determine the cause. Poor sleep quality, anemia, chronic infections, hypothyroidism, autoimmune conditions, and a host of chronic diseases may also be responsible for chronic fatigue.

Too often, I am asked to address the question of what adrenal fatigue is. And if a patient is suffering from exhaustion, what is the most likely cause?   The truth is, exhaustion may have a host of causes, and it should not be assumed that the cause is due to adrenal fatigue.  When the exhaustion is marked by resistant weight-loss, the cause could be due to the hormonal changes associated with aging, or something far more serious. 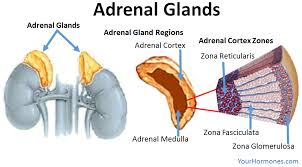 What Are The Adrenal Glands And What Do They Do?

The adrenal glands, are diamond shaped structures that sit on the top of our kidneys, and are responsible for producing several types of hormones that include, aldosterone, which helps maintain healthy sodium levels in the blood, DHEA, a precursor sex hormone, Norepinephrine and adrenaline, which act as regulators of heart rate, blood sugar and vasoconstrictive agents.

And finally, cortisol, which helps maintain our circadian rhythm, slows down the metabolism during times of chronic stress and famine and acts as a powerful anti-inflammatory. 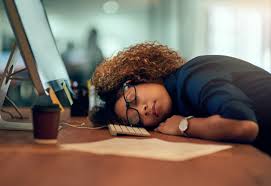 A Working Theory Of Adrenal Fatigue And Human Evolution

From a medical anthropological perspective, human beings have found ways to adapt to a multitude of stresses, both acute and chronic. The ability of the body to maintain homeostasis in the face of various stressors is known as adaptability and was necessary for human survival and evolution.

An example of acute stress could be described as running from a potential danger—such as being hunted by another animal or facing a potential attack in wartime. An example of chronic stress would be long-term stress like famine or long-term poverty, which was thought to result in “thrifty genes”: an evolutionary adaptation that allowed for changes in metabolism in response to famine.[1]

Thrifty genes were thought to develop during times of chronic stress—to prevent starvation during times of prolonged drought and famine when food resources were limited.

Famine was not unusual, or even rare, in early agricultural societies—and was even expected at certain times of the year.

An example of where we would see a high incidence of famine would be during the winter or during times of prolonged drought.

Another time when famine was noted was during certain periods in pre- and early agricultural Europe. Fasting would often go on for several days, weeks or even months—resulting in a high number of deaths during the wintertime. Irish folktales are rife with stories of life in early Ireland when famine, disease, and early death were quite common.

Throughout human history and throughout the world, even in early hunter and gatherer communities, there are reports of war and famine. This fact has lead many medical anthropologists to conclude; that rising cortisol levels in the presence of chronic stress is an adaptive response necessary to human survival.

A chronic elevation in cortisol meant a slowing down of the metabolism; allowing for higher survival rates in populations experiencing calorie restriction for prolonged periods of time.

The ability to store food helped alleviate some of the mortality rates common during lean times, but it by no means did away with the high death rates; that resulted when food access was minimal.

Food storage became one way to protect human beings from starvation, is thought to be well over 25,000 years old, and seems to have intensified when human beings began to engage in agriculture approximately 11,000 years ago.

War was also not uncommon during the prolonged famine, as one clan, or group sought to dominate and access food supplies from the other. 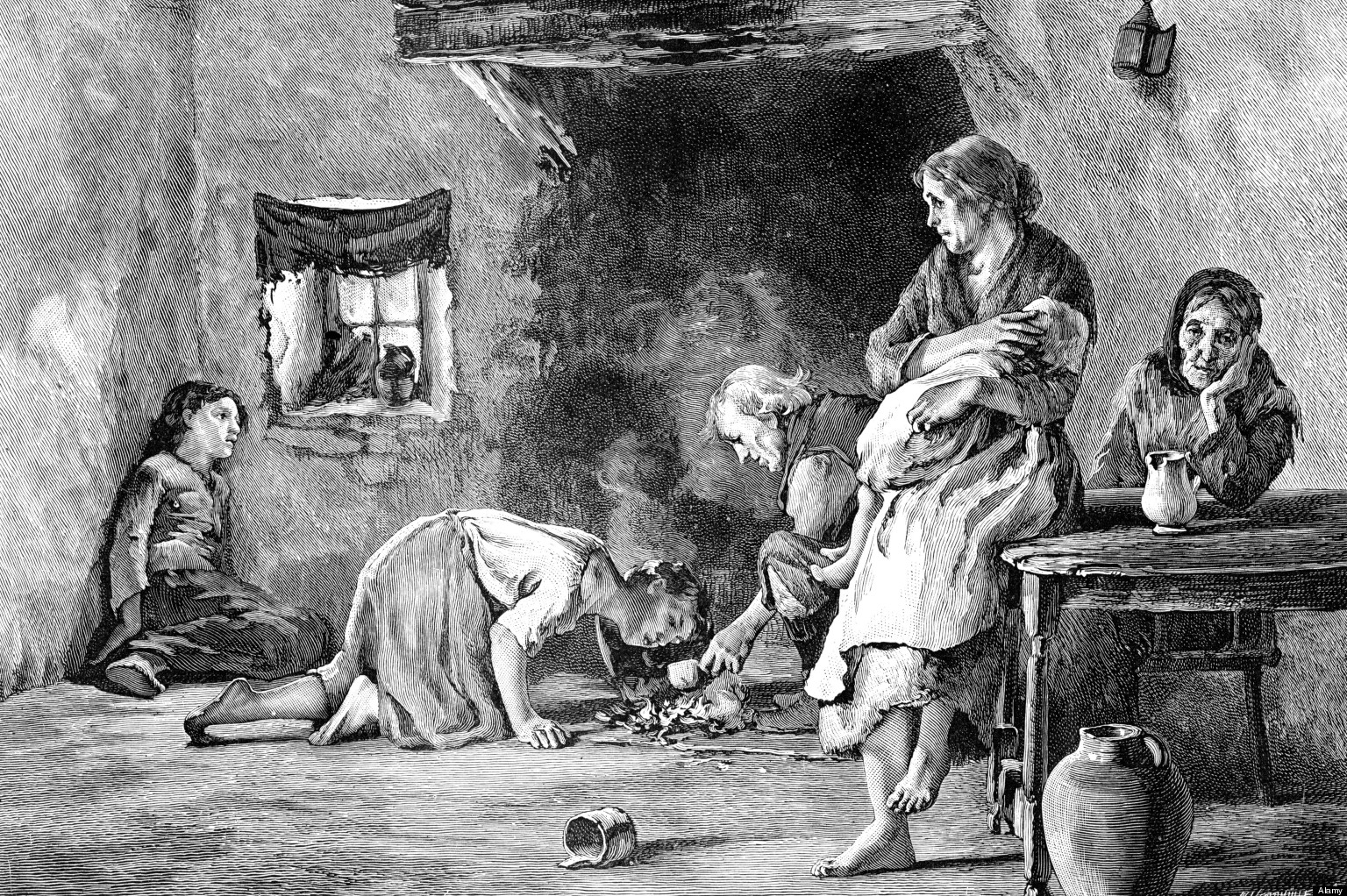 This history certainly explains how, at least in many populations, human beings were forced to adapt to periods of prolonged stress.

These prolonged periods of stress may have promoted the adaptive response of rising cortisol levels—ensuring a slower metabolism that would prevent starvation during a famine. Cortisol not only increases belly fat, but it also desensitizes the tissue to glucose, resulting in insulin resistance.

In today’s modern world, stress may look different, but the stress response is not. A common theme I hear from my patients and often associated with exhaustion include fears of rising housing cost, the loss of a job, physical illness, and the fear of fractured homes and family life.

Diagnosing adrenal fatigue is based on symptoms and comprehensive lab testing—often by process of elimination. For example, if a patient’s labs return with no evidence of another condition, like anemia, infection or hypothyroidism, and is maintaining a healthy sleep routine, then a 24-hour saliva cortisol test to rule out adrenal fatigue is warranted.

If conventional testing has ruled out any other underlining condition, and a 24-hour cortisol testing suggest adrenal fatigue, then supplementation coupled with a stress reduction program is suggested.

In the individual suffering from fatigue, coupled with resistant weight loss, I usually suggest an adaptogenic formula like Adaptogen Energizer by Dragon Herbs, and my patients tend to respond quite well to this treatment. I usually suggest 2-3 capsules 2-3 times a day between meals based on symptoms and the weight of the patient.  Adaptogenic herbs have been used in traditional Chinese medicine for centuries, and are associated with longevity, health and an overall improvement in mood.

In addition to adaptogenic formulas, I also suggest a good quality B-Complex high in B12, like B-12 Complex by Thorne Research capsules, 1-3 times a day depending on symptoms.  a B-complex is usually recommended because B-vitamins are used by the adrenals to produce the stress hormones adrenaline and noradrenaline.

I also suggest adding a Vitamin D capsule, such as Vitamin D 5000 IU from Pure Encapsulations.  Vitamin D can help support immune health, which may be compromised during periods of fatigue and stress.

A high-quality vitamin C, like the food based vitamin C like Activated C Food Complex by New Chapter,  1 tablet 1 to 3 times a day should also be considered, as it is both an antioxidant and a vitamin, and can help reduce the oxidative stress associated with chronic fatigue.  Vitamin C can also help support immune health during times of stress.

For people suffering from stress coupled with resistant weight gain, I suggest PGX capsules by Natural Factors. PGX is made from konjac root and has been helpful in reducing appetite, stabilizing blood sugar and food cravings, as well as improving cholesterol.

Treating adrenal fatigue, coupled with diet resistant weight gain, can be complicated.  And it is advisable to seek out medical advice before starting any treatment plan.

To find out more about my work, or to schedule an appointment, you can visit my website at DoctorWhimsy.com. I am available for consultations both in my offices in Los Angeles and via telemedicine from the comfort of your own home via telemedicine. I look forward to helping you are your journey to health.

Can Velvet bean (Mucuna-pruriens) Be Used To Treat Parkinson’s Disease And Depression?

Before Everything Else, Take Care of Yourself